Ajit Jogi, the first chief minister of Chhattisgarh, breathed his last on Friday. The announcement of his demise was made by his son Amit Jogi who took to Twitter at 3:35 pm and in a post said, “Not only me but Chhattisgarh has lost his father. His funeral will take place tomorrow in his native land Gorela.”

Earlier on Friday, 74-year-old Ajit Jogi suffered two cardiac arrests after which doctors termed his health as “extremely critical”. Jogi had been undergoing treatment at a private hospital in Raipur since suffering a cardiac arrest at his home in the state capital of Chhattisgarh on May 9.

Prior to his stint in politics, Ajit Jogi was selected for the Indian Police Service (IPS) and the Indian Administrative Service (IAS). He served as a district collector of Indore in Madhya Pradesh between 1981 and 1985. Before he took office as the first CM of Chhattisgarh in November, 2000, Ajit Jogi served as a Rajya Sabha Member of Parliament (MP) from Madhya Pradesh.

Ajit Jogi is survived by his wife Dr Renuka Jogi and son Amit Jogi who is married to Richa Jogi. Ajit Jogi’s daughter Anusha passed away in 2000. 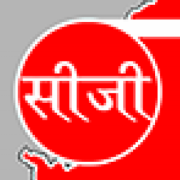